Pax North was born and currently lives in Vancouver, BC. His childhood was full of violent physical and psychological abuse, which evoked in him a bitter contempt for those who had what could be called a ‘normal’ upbringing. After dropping out of high school he drifted from entry-level job to entry-level job, and eventually into a life of alcoholism and repeated schizoaffective breakdowns and breakthroughs. Eventually, he started to get help and became sober, seeing the world in a gentler light.

The work exhibited in the Vancouver Outsider Arts Festival explores both the Buddhist idea of ‘Skandas’ (that the reasonably knowable world is composed of various forms, thoughts, and perceptual aggregates and clusters) and the notion of interbeing and ‘dependent co-arising’ (the perception that all things are interbound and interpenetrated). 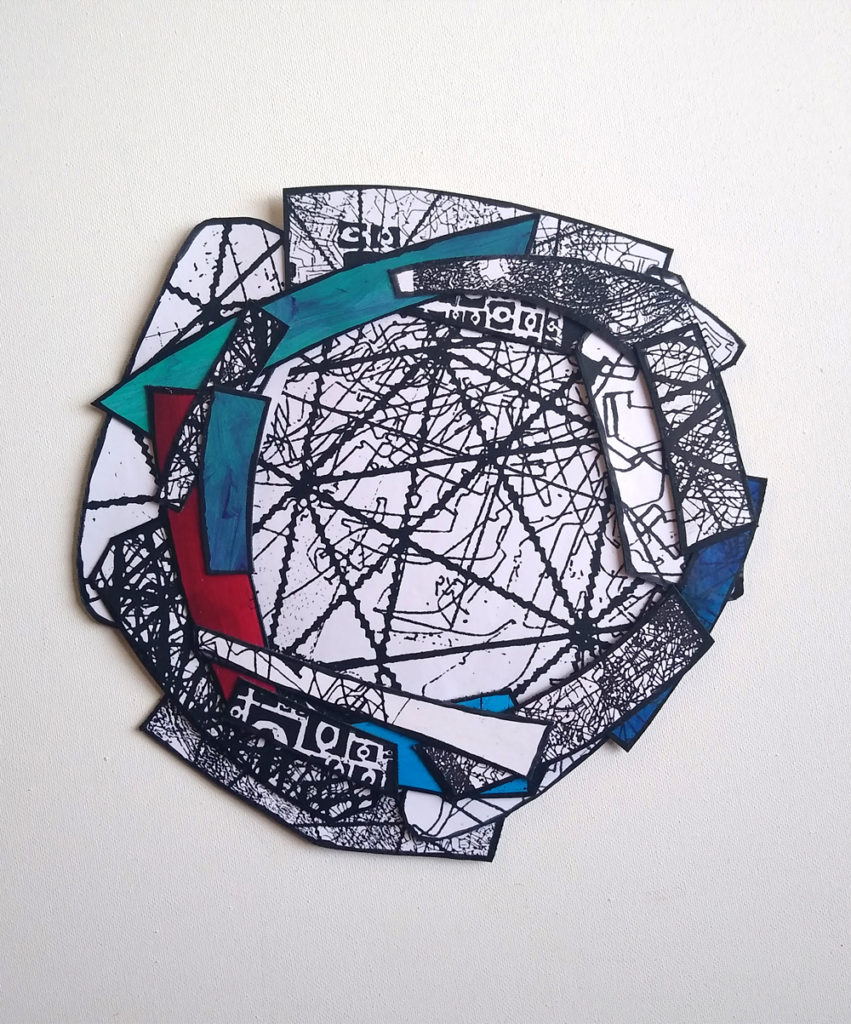 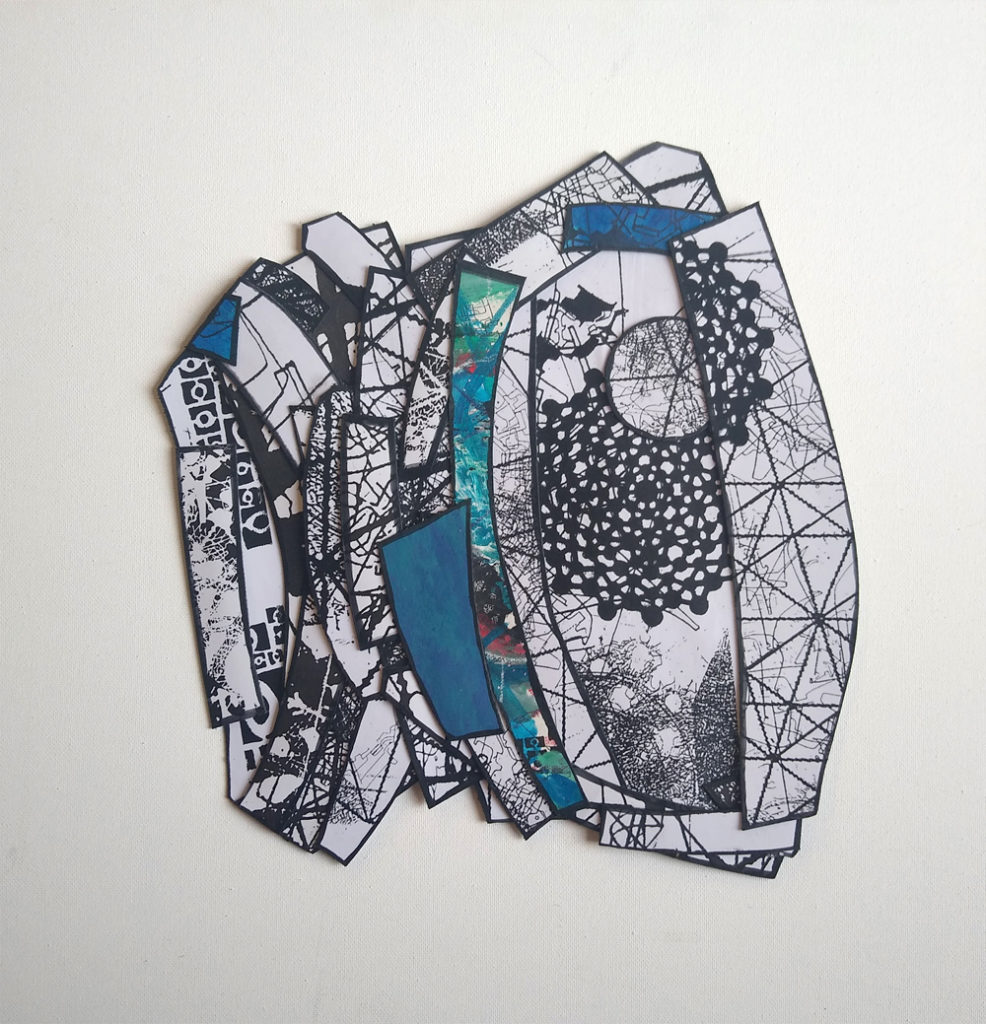 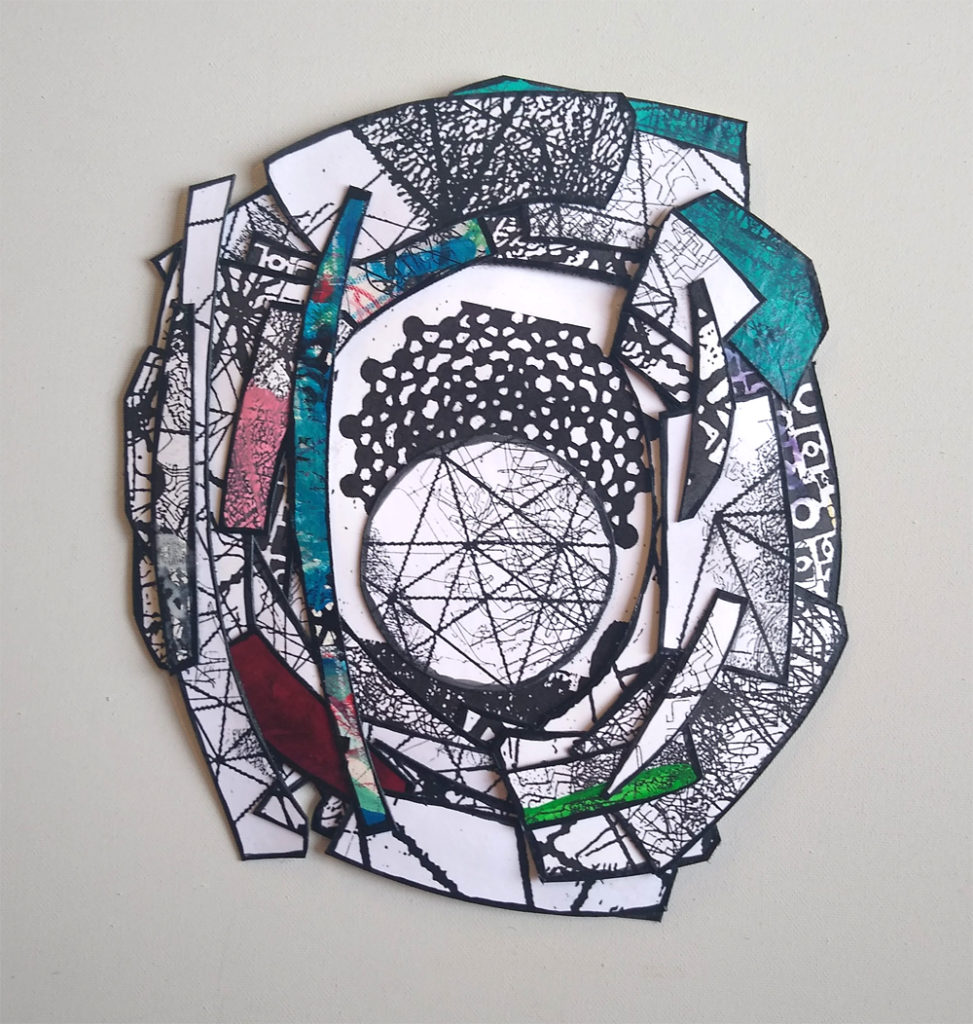