Danny Guay (he/him) is a queer outsider artist who grew up in Cobourg, Ontario. After earning his Bachelor’s Degree in Illustration from Sheridan College in 2010, he moved to be part of the vibrant art scene of Montreal, QC, where he worked as a freelance filmmaker and illustrator. In Montreal, he created a diverse range of artworks such as skateboard designs and videos, and curated art shows. His first solo exhibition was influenced by his fascination with street culture, skateboarding, and industrial objects. Danny now resides in Vancouver, BC, and lately you can find him working on a stop motion animation film and a variety of different projects.

Currently his art practice is inspired by his queer perspective. He now creates artwork around queer paraphernalia, the homoeroticization of hyper masculine objects, and contemporary queer icons. Danny’s illustrations are intentionally rough, unpolished, jagged, and juvenile. He achieves this aesthetic using mixed media, watercolour, ink, and sharpie. Danny enjoys combining watercolour and ink together as he finds they create a unique aesthetic he finds interesting and makes bold images.

Danny’s work is often seen as raunchy, low-brow, unrefined, and is typically provocative and suggestive. This intentional centering of openly queer and sexualized male bodies or “rough” art style offsets the heteronormative and gatekeeping views of art making still held today by society.

Danny creates art that values community and collaboration, especially when it showcases an unapologetic portrayal of gay sexuality, pride, and culture.

You can find more of Danny’s art on Instagram. 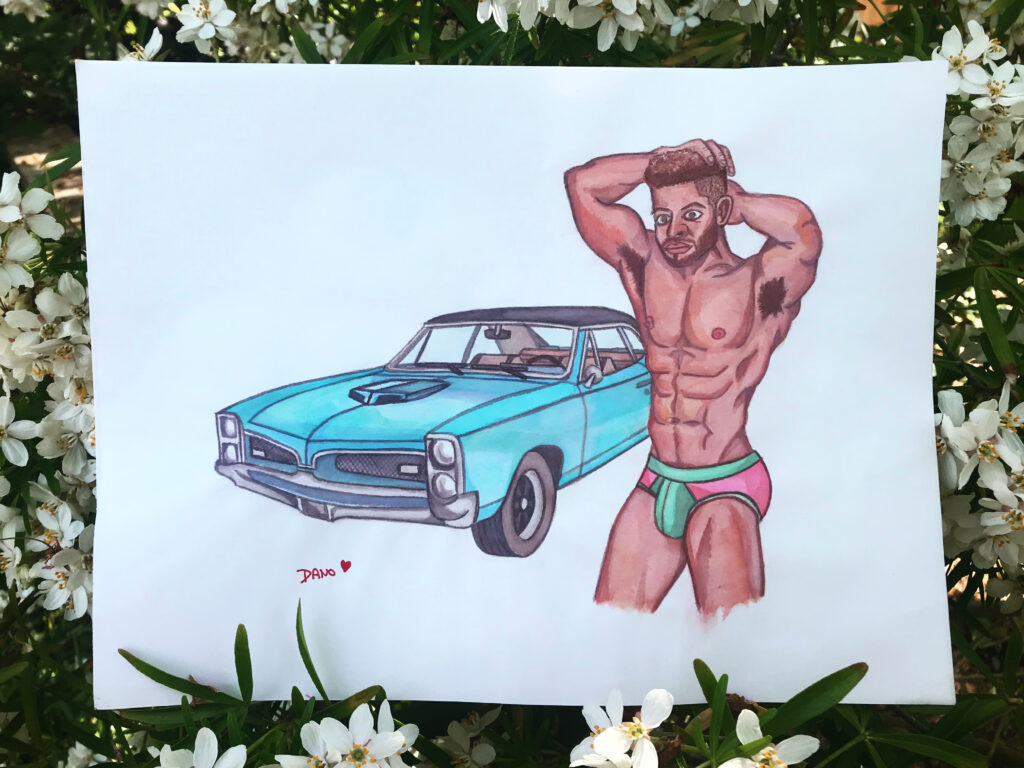 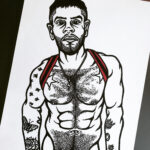 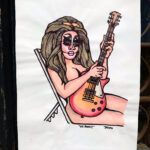 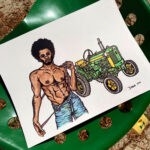