Girish Chandok is an Indian-Canadian visual artist, primarily focused on painting and drawing. He lives and works in Vancouver where he moved in 2015 from Dubai.

He grew up in a conservative brown society in Delhi in the 90s and hid his queerness, as an attempt to blend in. Although he had a loving family Girish always felt disconnected from everyone around him. He began drawing portraits from newspapers as a way of finding the connection he craved from other people; a practice he still uses to find inspiration and subject matter today.

Although he has always loved drawing it was a string of bad relationships, a toxic marriage, and a painful divorce that made him turn to art to find meaning. Since then, he has actively educated himself about different art movements, mediums, history, and set himself on the path he continues on today.

His current on-going series of work is based on the idea of finding meaning in seeming chaos and uses mostly watercolour and ink. It is influenced by the practice of classical portraiture, media and print photography and the art movement of abstract expressionism. These works combine his new found sense of freedom, and self-expression, with his lifelong love affair with drawing the human face.

Girish transitioned to watercolour from oil paints due to their low environmental impact and ease of use during COVID. He realised that he could try to direct water-colour, but could never fully control it; an unexpected parallel for how life works. One can plan, but after a certain point, just have to embrace the chaos and the mistakes to be able to move forward, and make something of them. This has been the main philosophy behind this series and the process he developed while creating these works.

Girish is interested in human connection, emotional depth, individuality, self-expression, beauty and skill, and continues to explore these themes in his work. 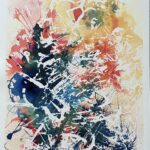 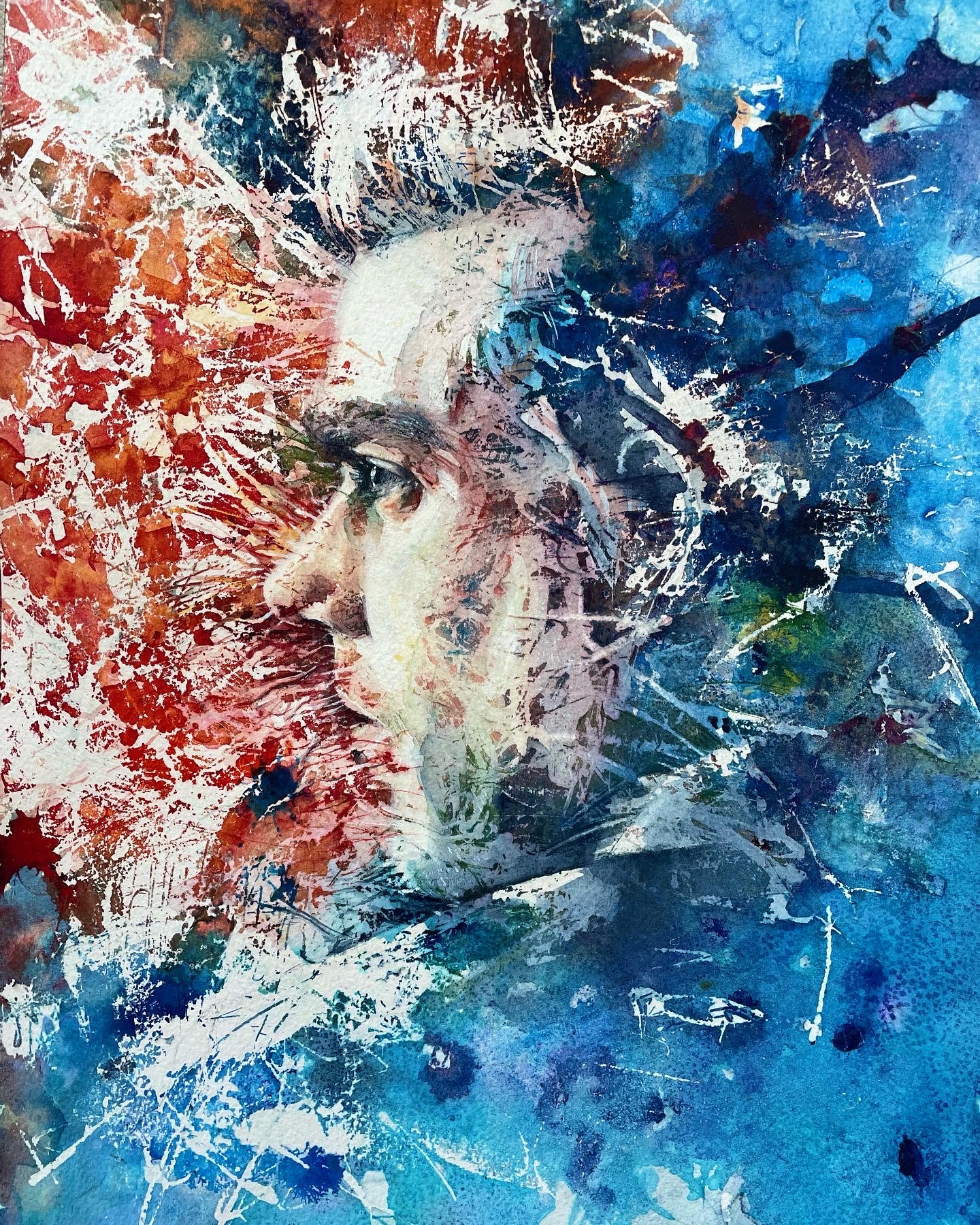 My Memory of You 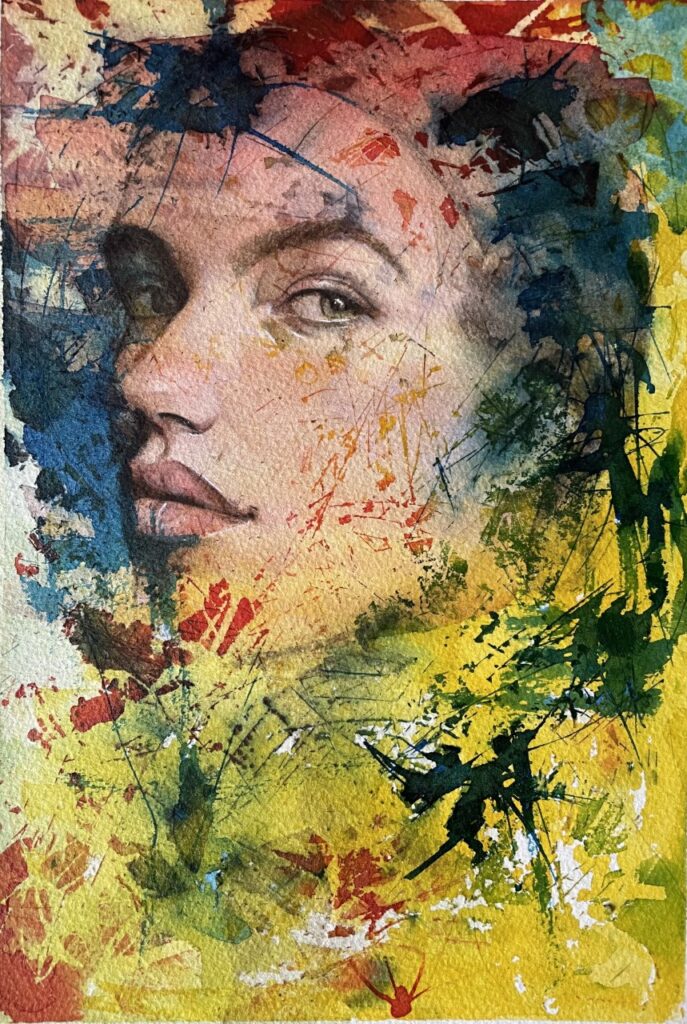 Portrait of a Woman, with colour 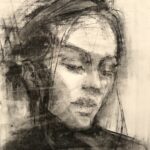