Originally trained as a traditional tattoo artist, Al (she/her/they/them) expanded their practice after several years and has now been practising as a professional visual artist for over 15 years. The range of their artistic skills is always growing, ranging from their studies in 2D and 3D digital art, to the many other ways their creativity has manifested; in online stores, magazines, building fronts, and on bodies all over Canada.

Al has identified as a hardcore Star Trek nerd all their life, while holding a fascination with the works of William Gibson and Phillip K Dick. Prominent artistic influences in Al’s practice include surrealism, dadaism, neo-traditional tattoo work and comic books. These themes have helped inspire Al’s creative explorations into cyberpunk and futurism.

Omega Al has lived and worked in East Vancouver since moving from London, Ontario in 2010. They cherish their life on the West Coast and continue to be a significant community member and contributor to galleries, exhibitions, and public art projects in East Van. Currently, Al is working on a Tarot Deck, Comic book, and Youtube channel. You can find more of the neon hell ride their art is becoming under the pseudonym Omega Al all over the internet.

Al’s work embodies the absurdity of perversion. Arousing images detached from the subject and melded with forms that twist and contort into what some might call horrific nightmares. They hope to challenge body-type, gender, sexuality, and the beauty of the human form. They believe we are all sacred Gods of our own religion, enshrined in the heavens and as perfect as we know ourselves to be; Gods do not conform to gender or sex, it’s only other’s perception of them that diminishes them into comprehension. All that matters is what you feel is beautiful, form and sensation change when the root of desire is stripped of meaning. Al wants to strike an aesthetic cord that demands you see the brilliance of what is possible. A vivid ache of colour, writhing to blend with all it touches. 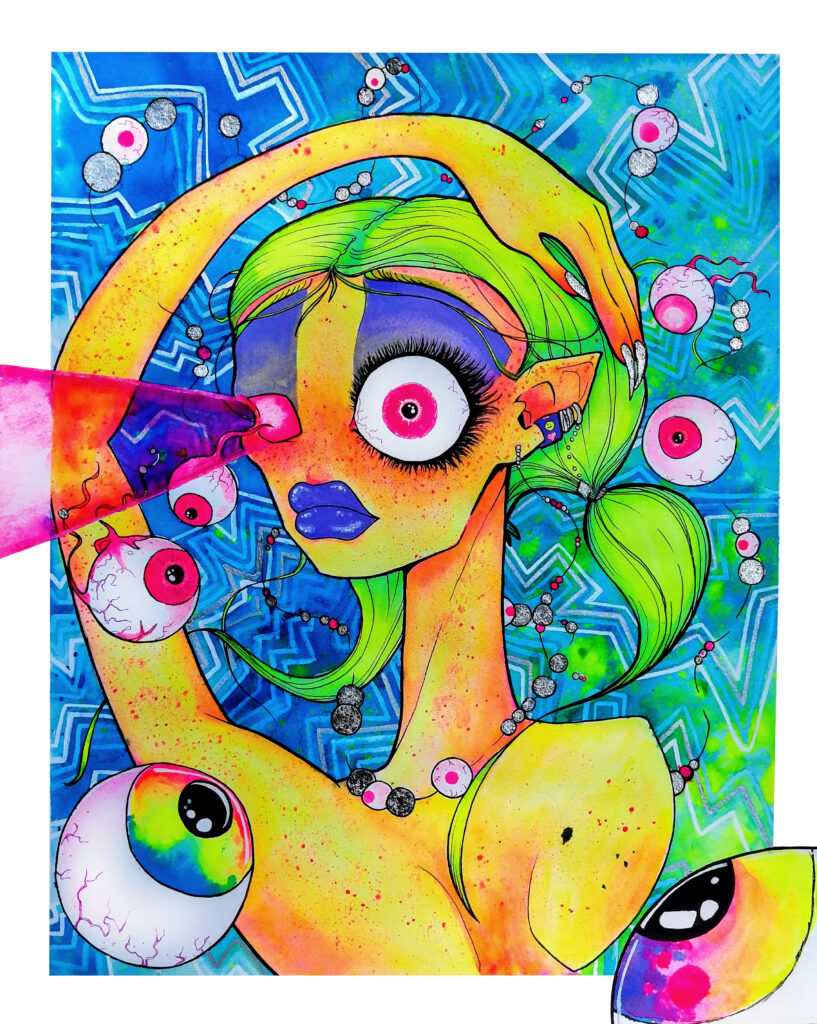 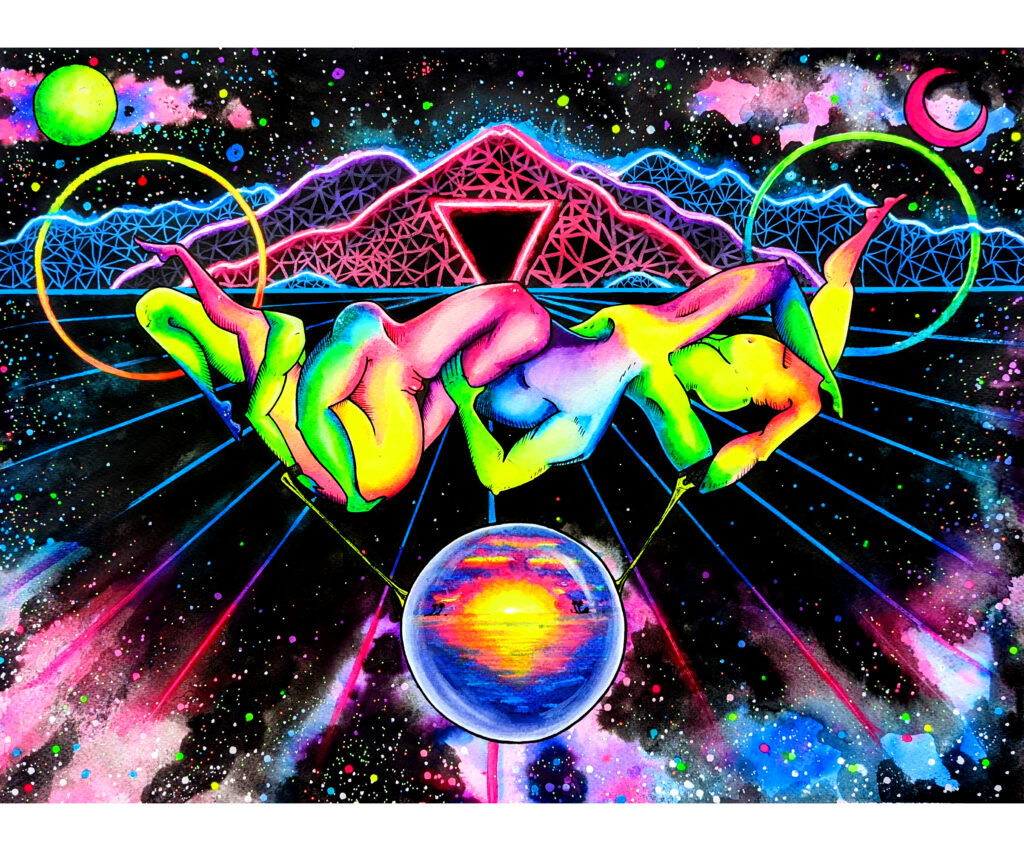 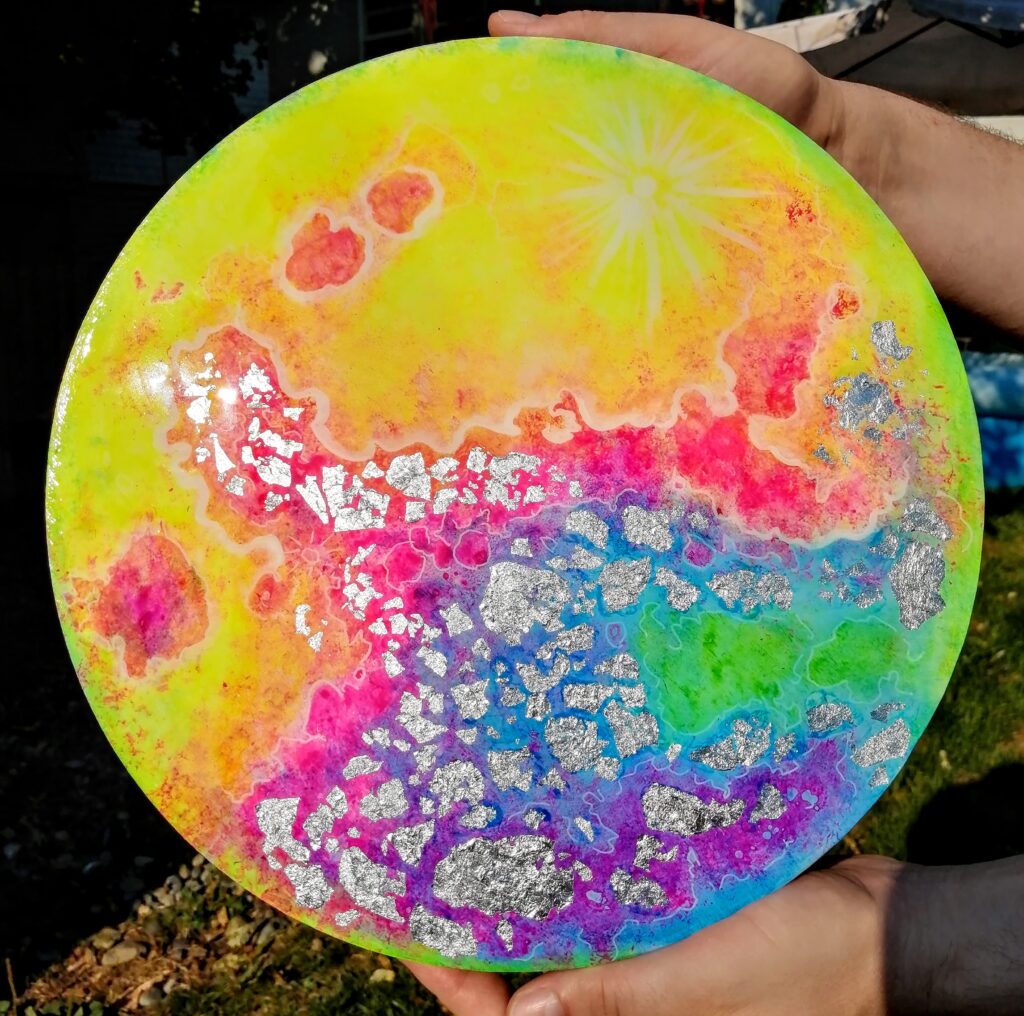 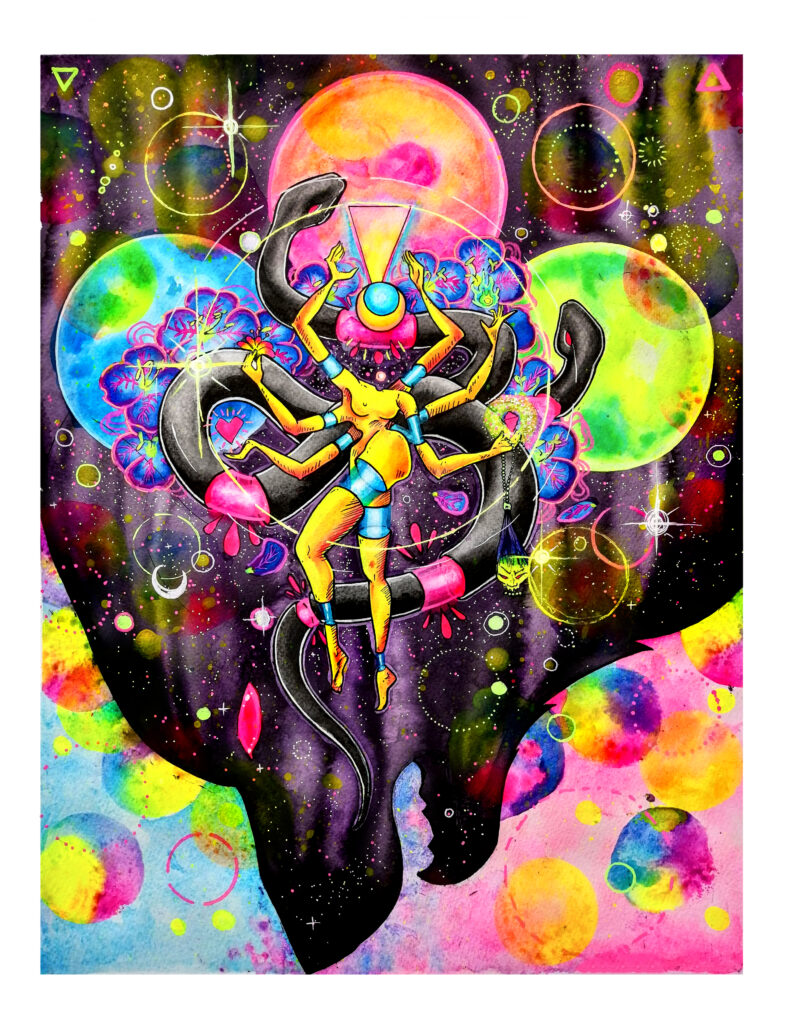