Totter is a human kaleidoscope, the outcome of a multicultural horror show. She has lived in many places, learned many things, and now resides in so-called Vancouver. Her art is predominantly a reflection of intersections — in mediums, forms, range and processes. Informed by her formative years sniffing turpentine while her mother painted, and her years as a young Props and Costume maker in Hong Kong, Totter creates bizarre, sometimes geometric, abstractions of the world in an attempt to show you little truths!

Totter takes what she sees in the world and limns it through strange configurations of fusion — a merger between mediums, motifs, and minds. Her work intersects the tradition of Yantra creation with cyphers, codes, and symbols from the many places she called home. Through her convolution she attempts to bypass and highlight the censorship that has overturned multiple cries for equity and is often falsely presented as a dystopian tale. She intends to redefine normalcy through the merger of academic discussion and colloquial motifs. What you see in art says more about you than the art or the artist. Why don’t you decode her work! What do you see? 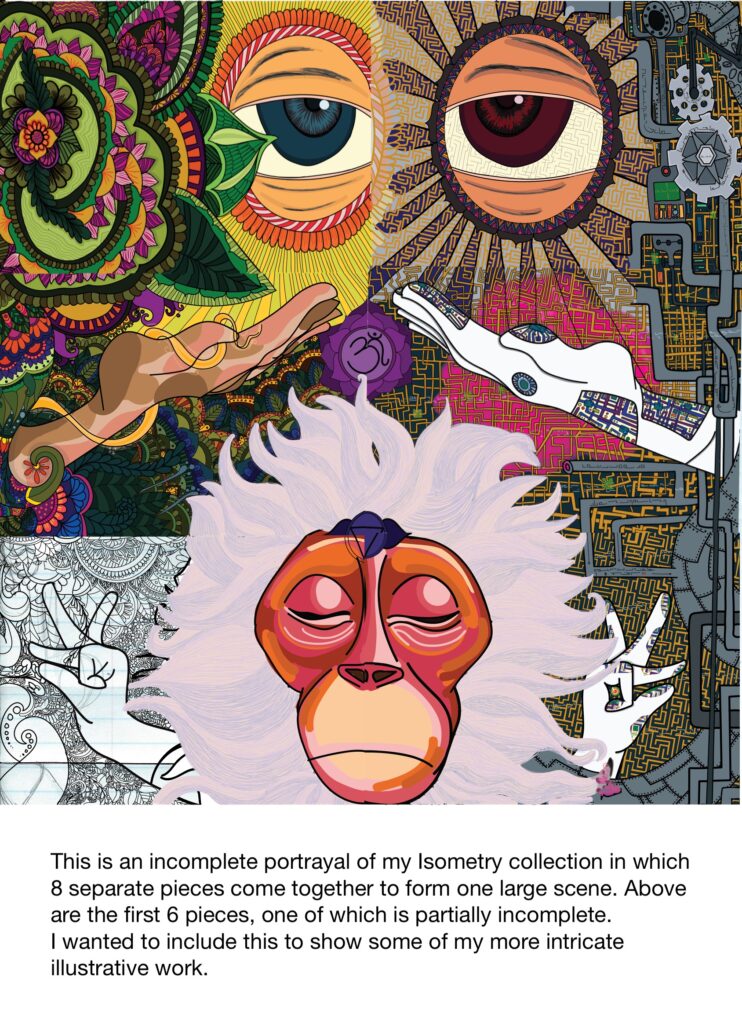 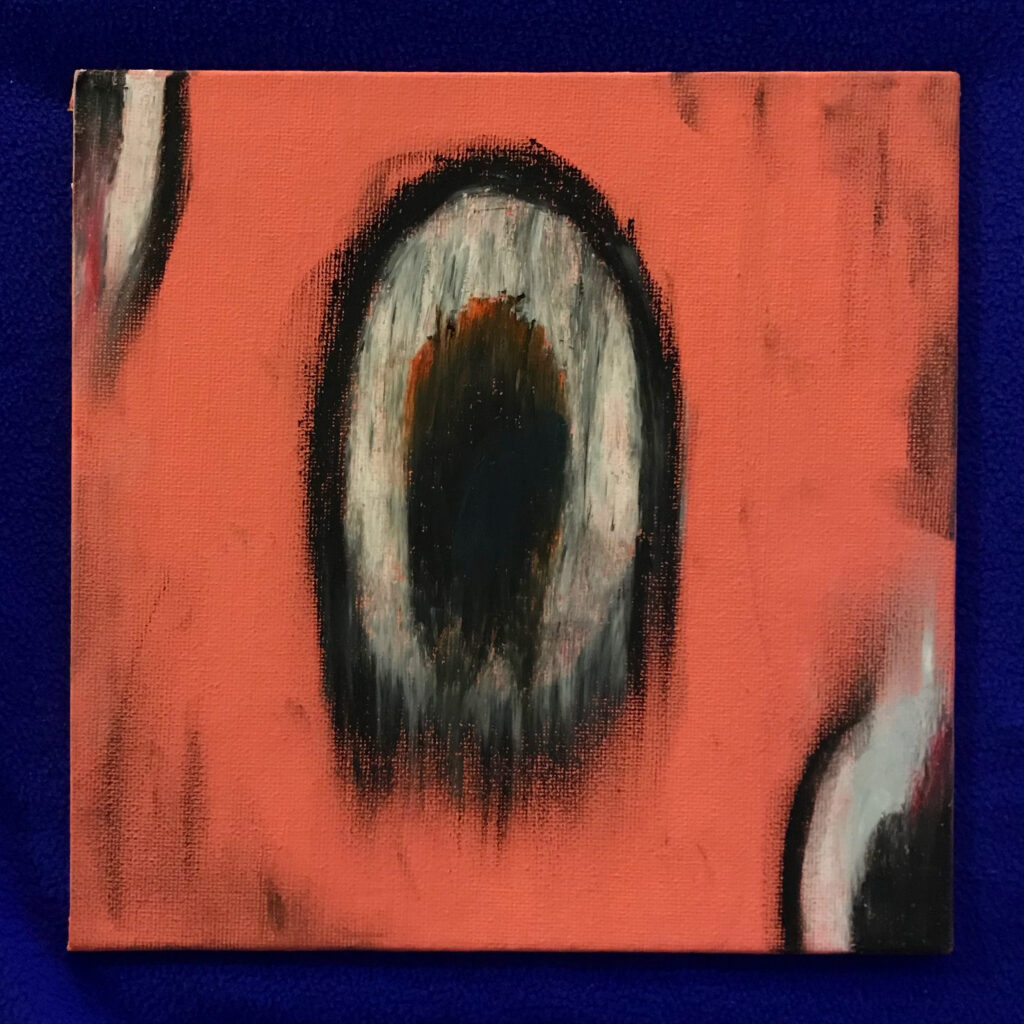 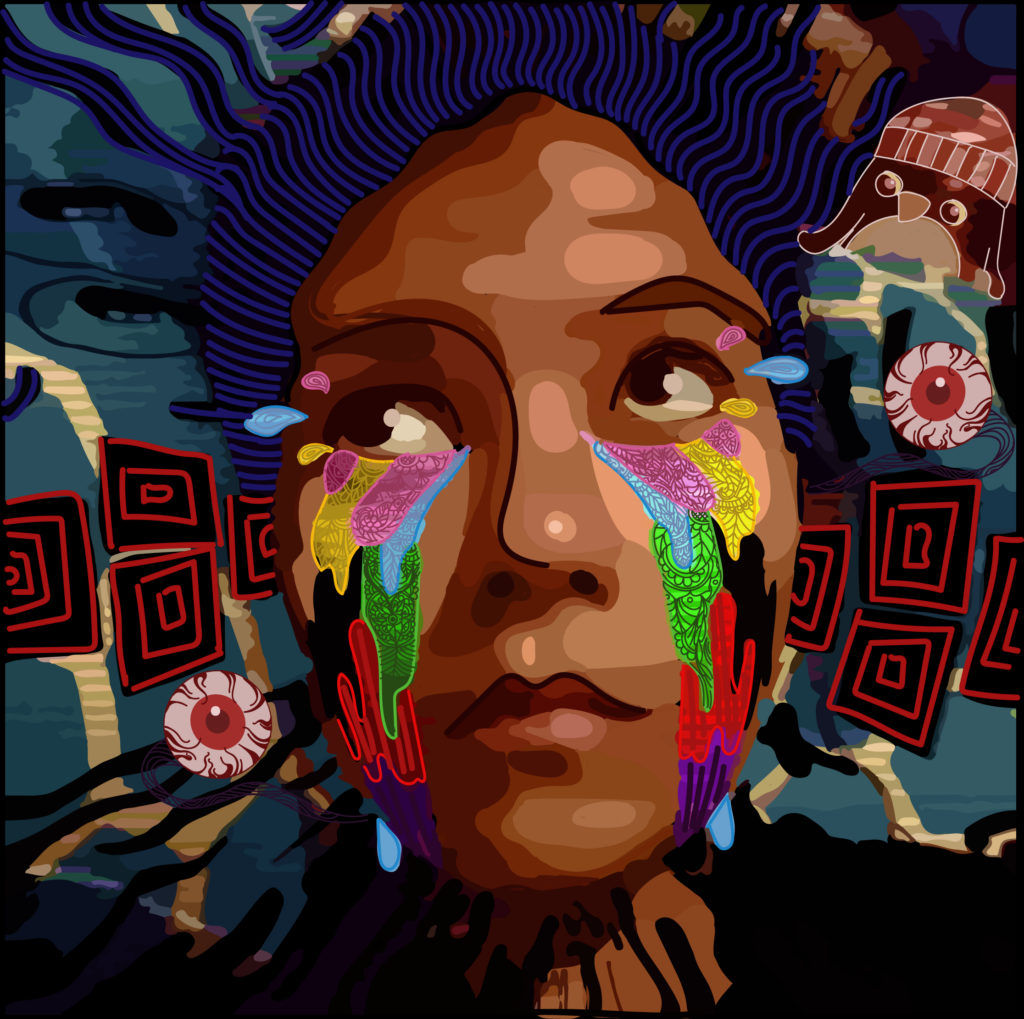