Val (she/her/they/them) was born in 1947, and raised in so-called Vancouver, BC, the unceded territory of the Squamish, Tsleil-Waututh and Musqueam peoples who still live, love, and care for this place. As a child, she explored her surroundings, loving the land outside her home, and what she found on it and in it! She was a peculiar child, and as she grew older she understood why. She was not a person who followed the norm, and grew up rebellious about a lot of the limitations that were put upon her.

Those limitations, classism, sexism, the hierarchy that faced her at home and at school were what stimulated Val to start writing. At the age of six, she started short poems, then stories, even a one act play she performed for her friends watching from the stairs in her backyard. The written word became her way to express frustration, anger and tactics for getting through a difficult world. Writing sustained her through adolescence and well into her twenties until she found that, with children and no help, she had no time. Time was one hindrance, being poor to the bone was another.

When, in her forties, tragedy happened. She found herself writing for self comfort, self examination while expressing her loss and the accompanying pain. In all of the struggle for identity and trying to live with integrity, it has been the natural world that has been the constant. She found herself digging deep into her spiritual being needing to reconnect with what wild she had around her. The Mountains called, the ocean murmured, the forest reached out when she walked by, and the winds soothed her tattered soul. She was pulled in, drawn like a salmon to the directions, the elements, and the sacred centre.  Thus, Val became Ashtare the witch. She found herself with a need to create, so she made clothes and capes for herself and her friends in the Pagan community.

Five years ago, just prior to retirement, Val decided to take a leap of faith and joined a Senior’s art class. She found that her sense of self was impassioned as she worked with colour and the smooth movements of brush and stroke. She loved the results of quick sketches and what the eye could grasp in a brief moment in time. She loves working with acrylics for their bright and dense colour! She paints outside every chance she gets in the surroundings that she loves. Every brush stroke and dab, every colour mixing pulls more passion out of her. It has become the place that she lives.  At age 75, in spite of it all… Val Fishman, aka Ashtare aka VJ Fishman, now considers herself an Artist. 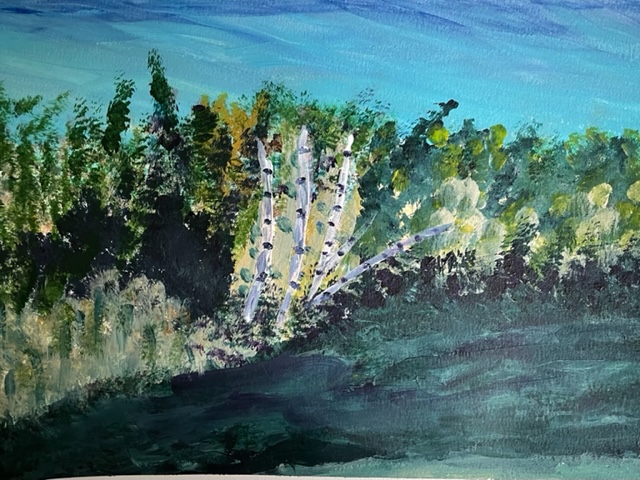 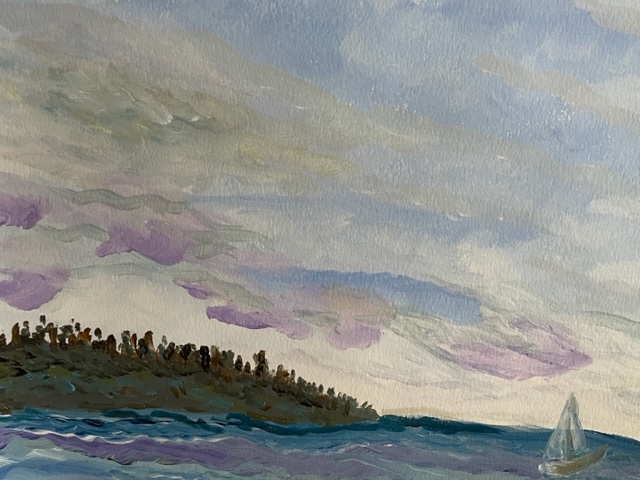 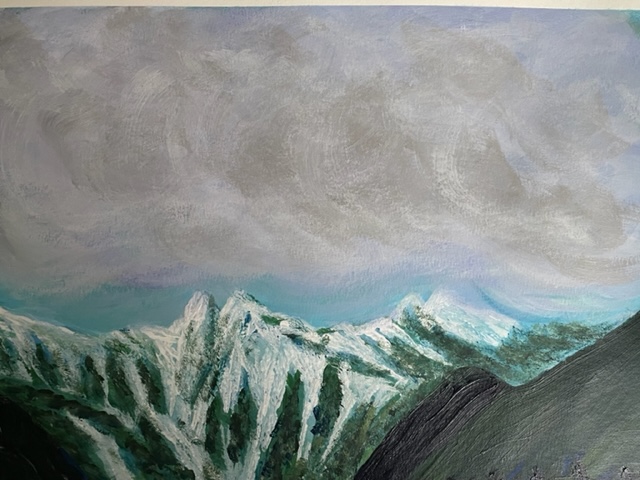