Timothy Joseph Varro (he/him) was born in Regina, Saskatchewan, on a cold, wintry day in 1956. His family soon transplanted to Vancouver, British Columbia, where he grew up, worked, and thrived. Varro’s eclectic style grew out of the synergies that evolved over his youthful years, observing his father present “chalk talks” in Sunday School and painting with him in his basement studio. There were numerous summer vacations spent in Regina, Saskatchewan, where he was fascinated to watch his grandfather work in his garage as a skilled blacksmith and carpenter, as well as observing his uncle (Victor Ciciansky) create what he thought were the most cool and unique hand-built clay sculptures.

One of his early experiences working with clay was accompanying his father, as a boy of 10, on BCTV’s Saturday morning ‘Ron Delorme Show’. It was here that he developed a passion for working with his hands while simultaneously intrigued with the technological world of broadcast television. This initial experience set the stage, capturing his attention and nurturing an interest in the arts: ceramics, photography, graphic arts, and TV/video production.

Varro’s interest in the arts propelled him into the field of art education. With over 30 years invested in a career as a contemporary and innovative art teacher, an educational leader, and art administrator, Varro distinguished himself by pioneering new technologies in media arts, television production, and theatre arts. With such a full and storied involvement throughout his career, and while raising a family, Tim’s art practice took a backseat for a time, and now while in retirement, he is fully engaged in creating a body of art.

Varro’s life took a sharp turn with an early life-changing car accident that resulted in a spinal cord injury. This accident caused disruptive changes to every aspect of his life, and he found himself having to absorb a vast amount of new information as an ISCI patient that had to be perceived, navigated, and implemented. At first, he saw his recovery as getting back to his “normal” self before the injury, but it soon became apparent that would never be possible. Like so many other ISCI patients, he learned to be creative and to look for new ways to compensate for his disability. Through his faith in God and with the support of his family, his education and career, he bounced back. Varro began working with his hands, where he discovered that he could turn his disability into a more uplifting creative experience, and by extension hopefully provide others an opportunity to have a greater understanding of the pain experience that underlies his work.

Varro has discovered that working with clay offers him a way to move beyond his disability to a more light-hearted engagement, an innate quirkiness and an off-centred approach to his work.

He is often looking to explore avenues of the unexpected – an ironic twist to images or items you might not expect or their combinations, provoking a participant to imagine new and perhaps unexplored territory. His most recent project, “New Town ”, is a multimedia ceramic sculptural bas relief that draws from a light-hearted attention to the relationships between various communities, some above and below the ground and some in between. 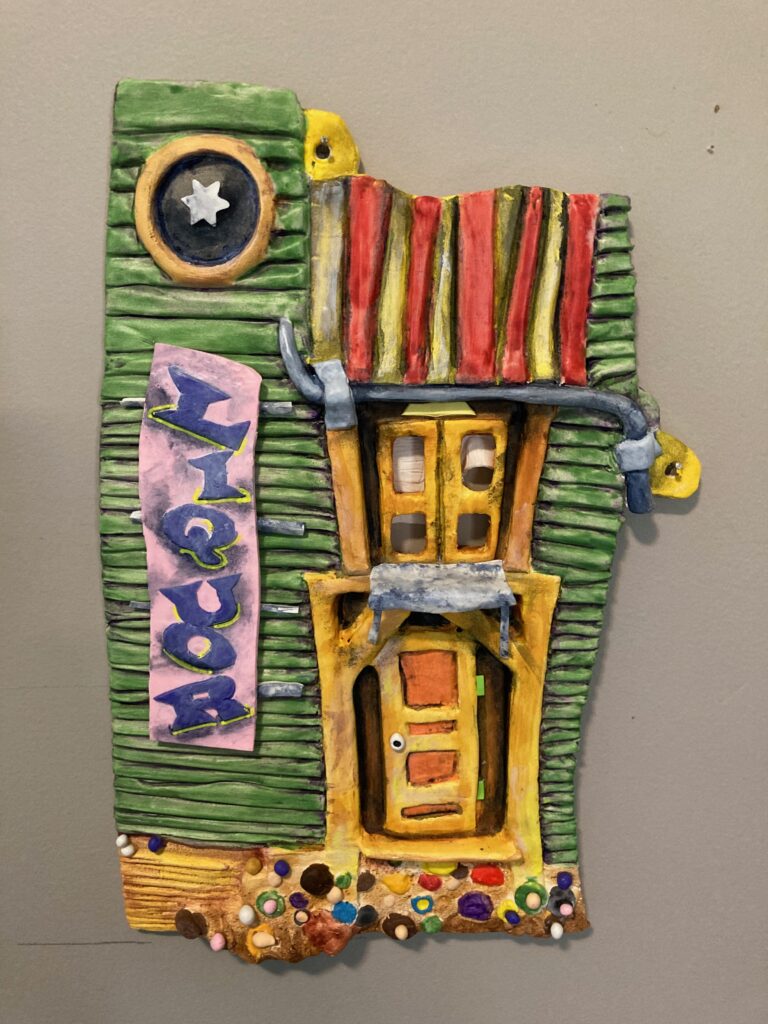 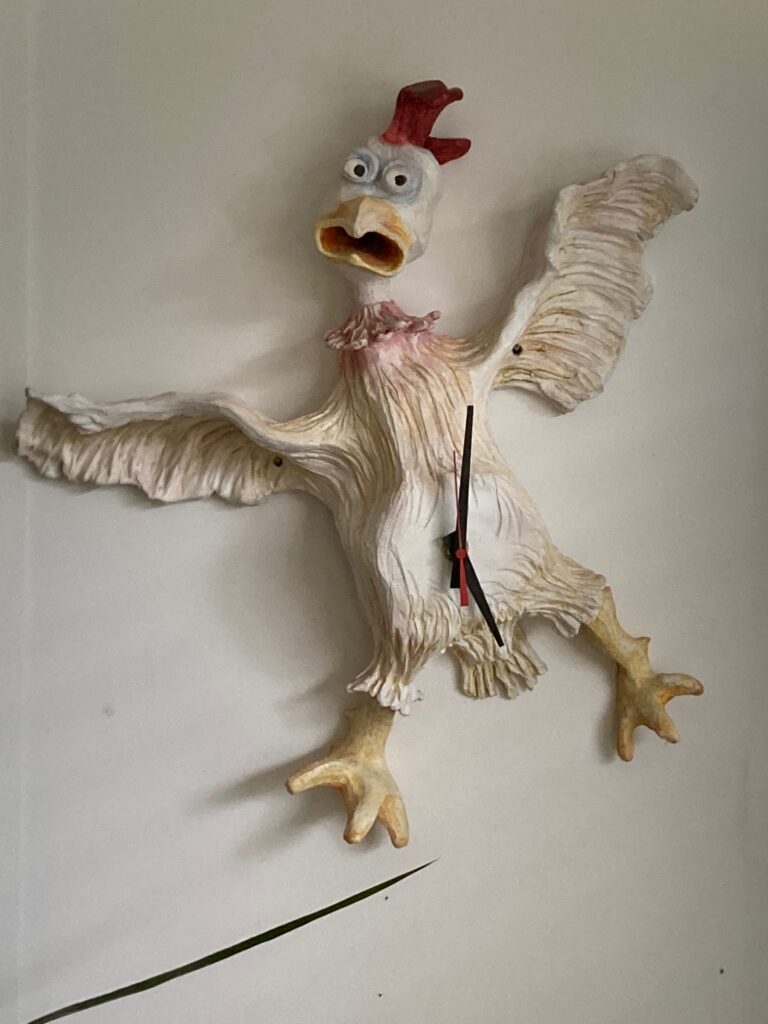 Who are you callin' chicken 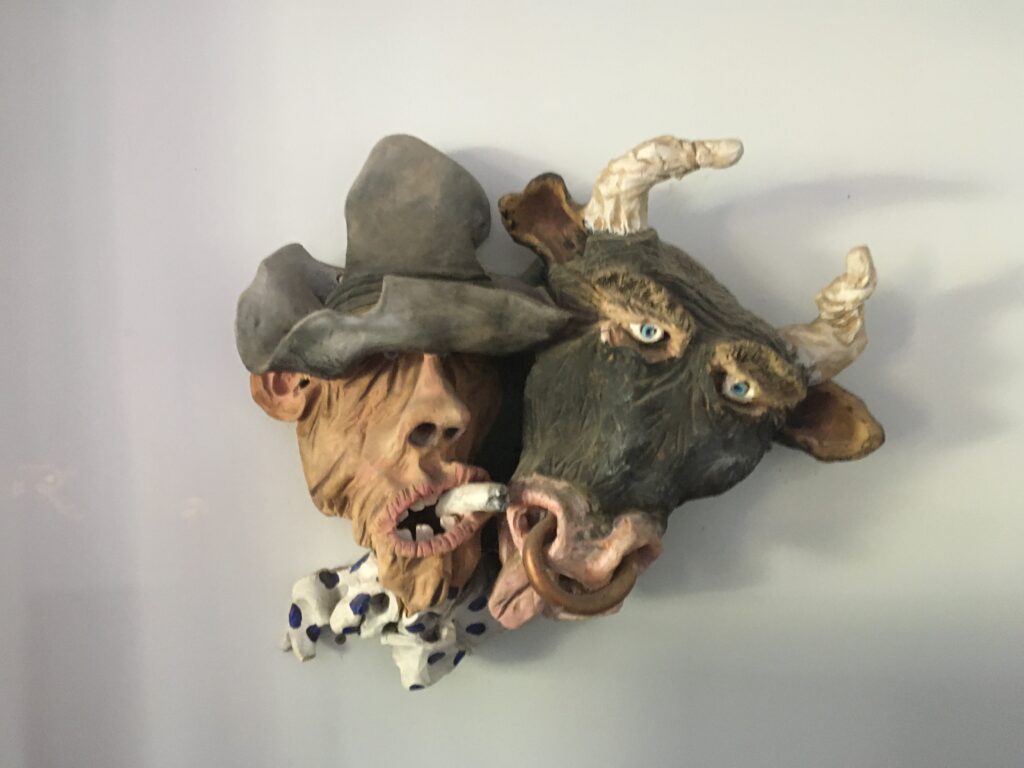